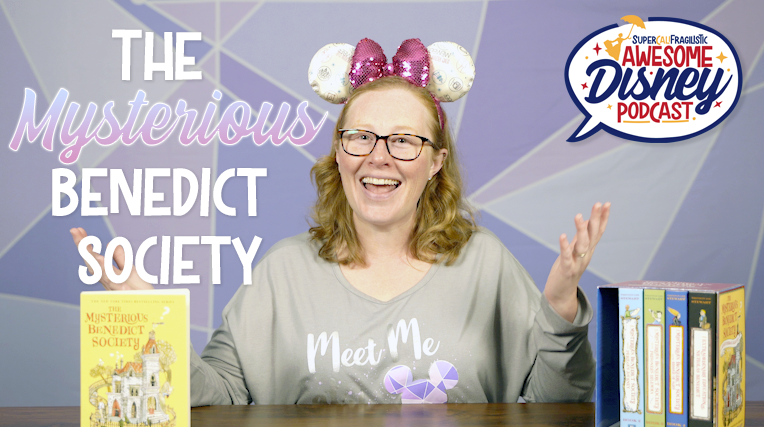 In this episode, Kelli provides a preview of the new TV series on Disney+ releasing on Friday, June 25, The Mysterious Benedict Society.

The Mysterious Benedict Society is based on a series of young-adult novels of the same name. Watch to get the scoop on what to expect in this clever new series.

Kelli  0:00
Hello Disney fam. This is Kelli from the Supercalifragilistic awesome Disney podcast here to tell you what you need to know about the mysterious Benedict society launching on Disney plus June 25.

First of all, it’s a book. The mysterious Benedict society was originally written by Trenton Lee Stewart. And it is a great series what I would call middle grade novels that follow four orphans as they attempt to save the world.

The second thing you need to know is it is a series of books. And so based off of the summary that I’ve read on IMDB, of what we can expect in this first season of the mysterious Benedict society on Disney plus, that plot is very similar to what we had in the first book. So what I’m hoping for is an entire Disney plus series based on these four characters because they’re awesome.

Now finally, what you need to know is what is this all about? So first of all, there are four main characters in the book. And these are all children. They’re described as orphans, although at least two of them are technically runaways. I’m interested to see how Disney goes into the backstory of these characters. So the first character is Reynie Muldoon. Reynie is currently living in an orphanage, and he is brilliant. This kid has the ability to solve any problem by turning it into a puzzle. The second one is George sticky Washington. Yes, George Washington. He loves to go by sticky. They call him sticky, because everything sticks in his head. This kid has a photographic memory. If he reads it, and he’s a super fast reader, he remembers it. So Sticky Washington is going to come in as a huge asset to this little team of four kids. Next, we’ve got Kate, Kate loves obnoxiously long nicknames. She wants everybody to call her the Great Kate Weather Machine. Although it has nothing to do with her personality. Kate is a fixer, Kate is a doer, she carries this bucket with her that has things like rope and magnets, and a Spyglass and other random things that you might not realize can be super helpful in just about everyday situations. Well, Kate knows that Kate does not leave home without this bucket. And she is the number one person on the team that’s going to get them out of a sticky situation, if that happens. Finally, we’ve got Constance, Constance is small in stature, and that’s going to come into play later on. I don’t know if we’ll get to that in the first season. Everybody initially is sort of put off by Constance. But they’re told you need this kid on your team. She has an amazing ability to come up with random poems that seem to make no sense at all. But what we’ve been told about Constance is that she’s also an excellent troublemaker. And sometimes you may need to make trouble to get out of trouble.

So we know the four kids, what are they doing? Why do we have a group of four orphans? Well, these four orphans responded to a really weird ad in a newspaper to go and take a series of tests and see if they could make this team. And so they go in one day, they take a series of three or four tests. This wasn’t about getting all the answers right. This was about making the right decisions in the process. At the end of the testing process, they found that they had been recruited by Mr. Benedict. Mr. Benedict is a very smart man with a super interesting person with some very funny idiosyncratic tendencies. We’re all going to love Mr. Benedict. So Mr. Benedict essentially has found out that there is a problem in the world, there’s this big thing going on, a bad person is doing evil things dum dum, dum, this bad person needs to be stopped. And so Mr. Benedict has assembled this mysterious Benedict society. He didn’t call them that they call themselves that. And essentially what he’s doing is he’s launching them into this boarding school run by the evil genius, who we find out is his twin brother. Now interestingly enough, they have the exact opposite idiosyncratic tendencies, right? So if one of them loves to laugh, the other one loves to yell. So while they may look exactly the same, you can tell them apart pretty quickly by their behaviors. Well, so the some of the plot is these four kids need to save the world from evil genius.

For those of you that are familiar with the Series of Unfortunate Events by Lemony Snicket, this may feel like as a very Lemony Snicket vibe, in reality it does. So the difference is is these kids are not related. They are formed as a team and they have to learn to act as a team. So imagine a good Count Olaf and a bad Count Olaf, the kids are having to tell the difference between the two and save the world. So clearly, since this is a series of five books, and I hope it’s going to become a series of five seasons on Disney plus with these characters. I’m going to say that they’re going to have to save the world multiple times from this dude, just like the kids in the Lemony Snicket book had to constantly escape from Count Olaf.

So make sure you check out the mysterious Benedict society launching this Friday on Disney plus, I’m going to be sitting on the couch with my popcorn ready to go. If you haven’t already, make sure you subscribe to this channel, Supercalifragilistic Awesome Disney podcast. We bring different content here we have on our podcast. So if you’re podcast follower, then check us out on wherever you get your favorite podcasts. And make sure you watch the mysterious Benedict society or Disney plus this Friday and leave us a comment.

We love Disney. We love y’all. And with that we will see you real soon. 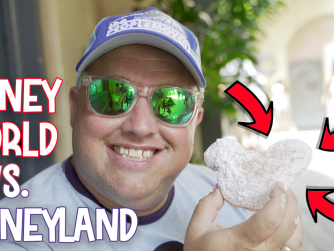 We have always been “Disney World People”. But this year we decided to visit the OG Disneyland park in California. We truly loved it. So... 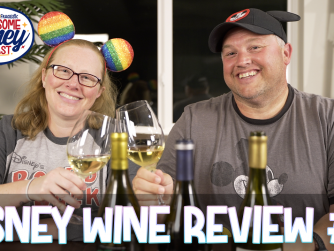 Do you love wine reviews and tasting? Do you love Disney? In this episode, we combine both of those awesome conversations starters into the second of... 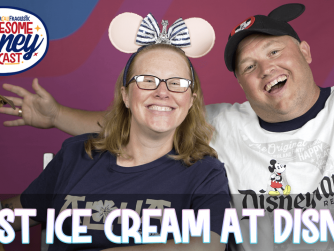 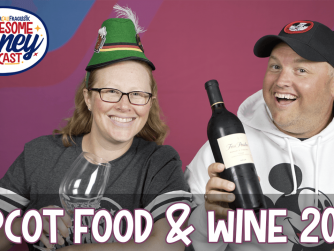 BONUS Video: Preview of the 2021 International Food and Wine Festival at Epcot!

We LOVE the festivals at EPCOT!! The 2021 International Food and Wine Festival will run from June to November and it is always our favorite. In this... 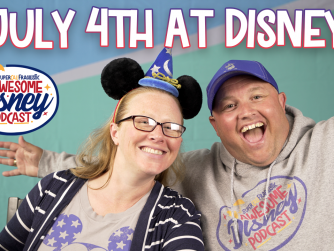 Hey Disney fam!! It’s time to celebrate the birth of America! And if you are lucky enough to be at Disney World this year, we want to help you... 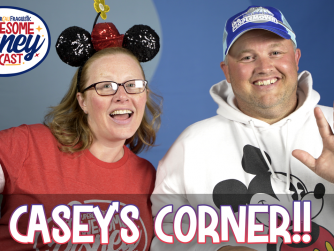 Disney Review: Top 5 Reasons you need to eat at Casey’s Corner on your next trip to the Magic Kingdom

Everyone loves lists! In this episode we launch our suite of “Top 5 Reasons” vlogs. Today we list our top 5 reasons to eat at caseys...