In this video, we attempt to recreate the popular Chesire Cat Tail snack from Disney’s Magic Kingdom. We couldn’t find an “official” recipe, so this is a compilation of a few things we saw online and then some things we wanted to try! Our goal was to include 5 main ingredients: puff pastry, cinnamon roll dough, cinnamon/sugar, chocolate chips, and royal icing.

We halved this cinnamon roll dough recipe from Ree Drummond (as you can see in the video, I totally botched her instructions and we thought it all turned out fine!): https://www.thepioneerwoman.com/food-cooking/recipes/a11914/cinammon-rolls/

We used this recipe from Alton Brown for the royal icing: https://www.foodnetwork.com/recipes/alton-brown/royal-icing-recipe-1941917

And we used store-bought frozen puff pastry sheets for the ones where we included puff pastry. 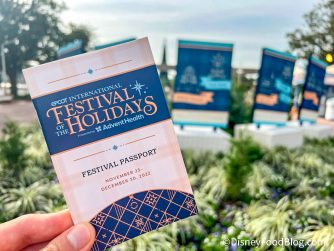 BONUS: Virtual Tour of the 2022 Festival of the Holiday Booths at EPCOT

You’ve waited all year, and it’s finally here – the Festival of the Holidays at EPCOT! Launching on November 25th, these booths are... 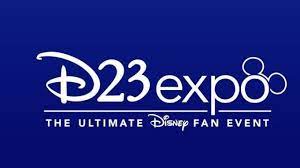 A BONUS episode detailing everything you need to know from the park news shared at D23 2022! Listen to us on your favorite podcast platform or at...

Welcome to another bonus episode of SCFADP! In this episode, we’re covering all of the new movie and show announcements from D23 and what... 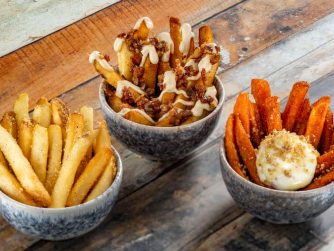 Here it is Disney Fam, our virtual tour of the 2022 EPCOT Food and Wine Festival! We visit every booth, eat all the food, and tell you what... 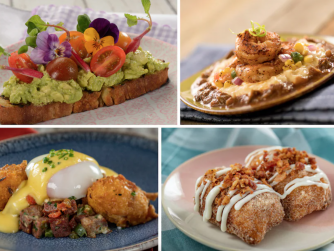